Microblading for Men: Everything You Need to Know

Microblading is the latest trend in the beauty industry, and it’s one that’s especially attractive to men. This semi-permanent eyebrow tattoo makeup technique has become very popular with women because it can be used to add definition to the brows.

The finished look is natural and won’t fade for up to a year or longer. Men are often hesitant about getting their eyebrows tattooed because they think it will make them look feminine or unapproachable to potential partners. However, with microblading for men, these fears are really unnecessary.

It’s not an overly gendered process and anyone who wants thicker, more defined eyebrows should consider it as an option.

Read on for more information about this procedure and whether or not you should get microblading as a man.

What is Microblading for Men?

Microblading is a form of semi-permanent makeup that draws fine lines into the skin using a small blade. This creates the appearance of eyelashes and eyebrows without requiring you to grow new hairs. It’s very similar to eyebrow tattooing (also known as permanent makeup) except that the blade is much finer, so it doesn’t go as deep into the skin. As a result, the procedure is less painful and lasts much less long than permanent makeup. Microblading is done in a series of small dots that create a much more natural look than eyebrow tattoos do. If you have very sparse eyebrows or uneven brows, these can be fixed with microblading. 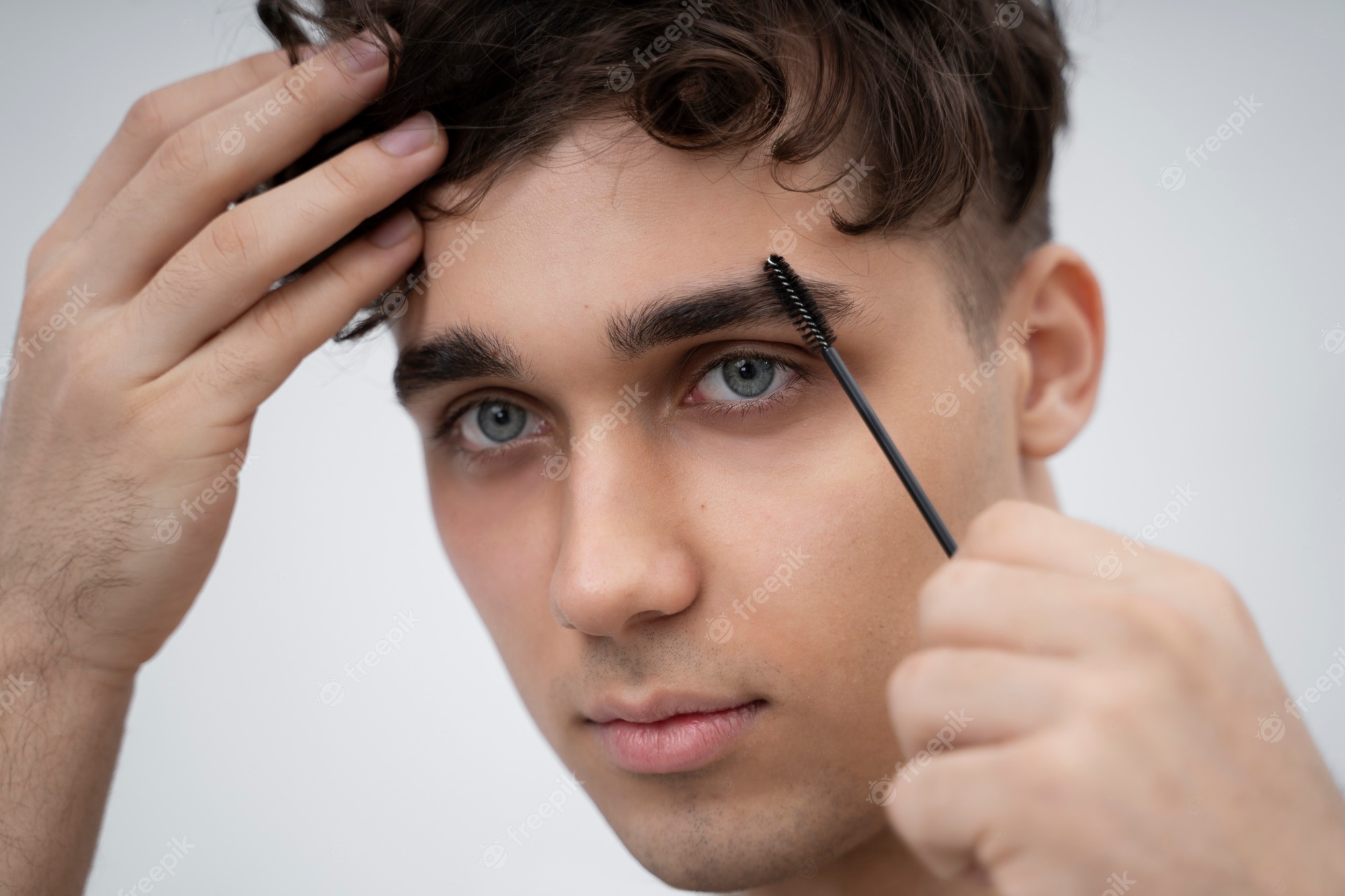 How Does Microblading for Men Work?

Microblading is a very simple procedure that’s done in only a couple of hours at most. First, the artist will tint your eyebrows to give them a color closer to what you want them to look like when the procedure is done. Then, she’ll use a pencil to mark where the microblading will go. The artist will also make sure that your brows are shaped the way you want them before the procedure begins. When everything is ready, she’ll use a very fine blade to make the tiny cuts that will encourage hair growth in your brows. After that, she’ll apply a special gel to the skin to encourage healing.

Is Microblading Right for You?

The best way to find out if microblading is right for you is to schedule a consultation with a certified artist. During this appointment, you’ll get a chance to ask questions and see if microblading would work for you. Most people are able to get microblading done on their eyebrows, upper eyelids, and sometimes the lower lids too. However, some people aren’t candidates for microblading because of their skin type or other factors. If you have oily or acne-prone skin, it’s best to avoid this type of semi-permanent makeup because it’ll make your skin worse. If you have sensitive skin, you may also want to steer clear of microblading because it can cause irritation.

Alternatives to Microblading for Men

While microblading not be for every man there are other forms of cosmetic tattoo that equally impressive results, like nano brows. It's a very similar approach to brows but expands your options. From hyper-realistic hair-like strokes or a more powdered look. If you're thinking about eyebrow tattoo then check out nano brows as an option.

Where on the Body Can You Get Microblading Done?

Most people who get microblading done choose to have it done on their upper eyelids. This is because it’s the easiest part of the body to work with. Eyebrows are trickier because they are closer to the eyes. Lower lids are possible, but they are even more difficult because they’re so close to the nose. Once again, these areas are easier to work with during the consultation because you can see how much room the artist has to work with.

Benefits of Microblading for Men

Men who want their eyebrows to look thicker but don’t want to use makeup will appreciate the definition that microblading gives them. This semi-permanent procedure can give you the look you want without having to put on makeup every day.

Even though microblading is semi-permanent, it lasts for a very long time. Some people have reported that their brows stayed the same for up to two years before they needed a touch-up.

While many people like the idea of growing their eyebrows out, there are some drawbacks to this method. If your eyebrows are sparse, they may not grow in evenly, and they may take a very long time to appear. Microblading will give you the eyebrows you want right away.

If you get brow waxing or tinting done, you may have to go back several times a year to get them retouched. This can get quite expensive over time, as well as inconvenient. Microblading will last for at least a year, so you won’t have to go back for a long time.

Drawbacks of Microblading for Men

While microblading is cheaper than permanent makeup, it still costs a significant amount of money. You may be able to find a deal on Groupon or another site, but it’s still not cheap.

Even though microblading doesn’t go as deep as eyebrow tattoos do, it’s still a painful procedure. You may want to take some ibuprofen before your appointment to reduce the pain.

While microblading can give you a nice, natural look, it’s not permanent. You’ll have to go back to get retouched every year if you want to keep those thick, full eyebrows.

Your Eyebrows May Change

Your eyebrows may change over time, and you may not like how they look. If you decide to get microblading done, be sure to take pictures of how you want your brows to look.

Overall, microblading is a great way for men to get fuller eyebrows. If you want to go for a more groomed, groomed look, you might want to consider this procedure. With microblading, you get the benefit of thicker eyebrows without having to use any makeup. Eyebrows are an important part of your face, so it’s important to keep them well groomed and maintained. Now, men can do that with microblading for men.

About IVONNE: IVONNE is a Permanent Makeup, Skincare, and Laser Clinic located at Place de Ville in Ottawa, Canada. We're known for our eyebrows and skincare and for our full service platform that brings better skin health to cosmetic tattoo. 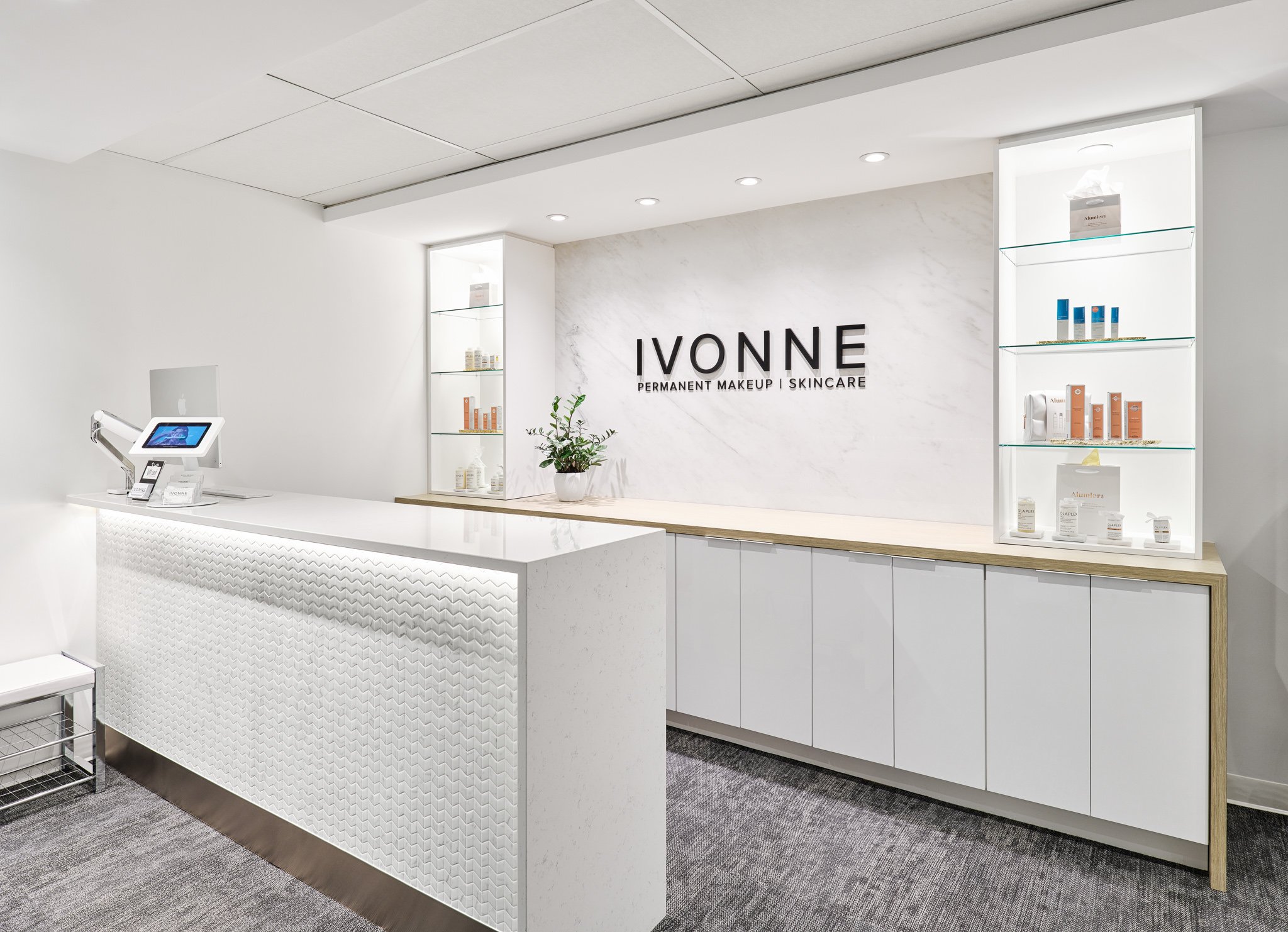 Disclaimer: There are risks with the use of any cosmetic treatment and related product, and the results are never guaranteed. Speak with your IVONNE eyebrow provider to learn more about the risks and benefits that are unique to you. 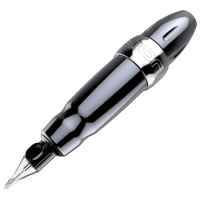 In the past few years we have seen amazing growth and interest in Permanent Makeup and Cosmetic... 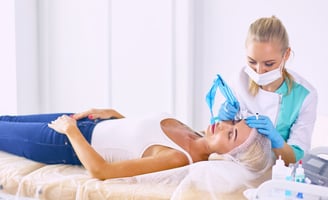 All About Nano Brow Treatment

We are really excited about Nano Brows, which is a speciality technique in permanent makeup that... 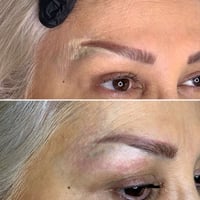 How much can you expect to pay on Groupon for microblading in Ottawa? For any Groupon Merchant...