When you pop your pimple, what comes out? (And How To Treat It)

It's likely that you've seen some pimple-related debris come out if you've spent hours in front of a magnifying mirror popping, picking, and poking at skin lumps and blackheads. Pickers are likely to have squeezed everything, from blood to yellow pus. Since popping pimples can result in scarring, infection, and hyperpigmentation, we don't recommend it, but we were intrigued as to what precisely comes out of them, particularly when the pimple isn't ready to be popped. Imagine a transparent, greasy liquid. We spoke with board-certified dermatologists in Ottawa to determine precisely what is oozing out of your pimples.

What Happens When You Pop A Pimple On Your Body?

Although your pimple may appear to be spewing a clear substance that resembles oil, the situation inside the blemish is a complex situation. According to physicians, "every hair follicle has an oil gland attached to it known as a sebaceous gland. Sebaceous glands produce lubrication and oil." "Sebum begins to clog up and can't get out. Things like dirt, pollution, grime, or compression (like sleeping on one side of your face) covers the hair follicle." The subsequent events will establish the initial phases of your zit.

For instance, if oxygen enters the pore as it begins to widen, it might oxidise the sebum, turning it black and resulting in a blackhead. Or, according to physicians, sebum can interact with dead skin cells to act as an attractant for the P acnes bacteria, which are found on hair follicles. According to Physicians, "when that occurs, the P acne hair follicle takes the opportunity to produce an infection." A red lump appears as a result on the skin. And even though your pimple might appear small at first, that doesn't imply it will remain that size. They note that upsetting and irritating pimples can cause further inflammation and irritation, even if they only begin as closed comedones.

What Does the Fluid From Your Pimple Mean?

Physicians tell us that the fluid that may have come out of your pimple was serosanguinous fluid. "Blood gets mixed in there as you're sitting there upsetting the pimple." Doctors advise against playing with a pimple that has just begun to develop, despite the temptation. Pus, a fluid composed of compact inflammatory cells that is white or yellow, will eventually form and slowly move toward the head.

Is It Okay to Pop That Pimple?

"You don't want to pop that zit if it's in the first two days and your pimple is blaring red and tender to the touch; you have bacteria on your fingers and you'll only infect yourself," advises Physicians. The best plan of action after that is to apply hot compresses, let your zit heal spontaneously, or visit a dermatologist.

However, if you plan to pop your pimple at home, doctors do have some advice: They advise putting your face between two cotton tips after your shower, when it is thoroughly steaming. However, the whitehead must be prepared and at the head for this to work. Your dermatologist may recommend a cortisone injection, or chemical peels or home treatments, if your pimple is huge, painful, and cystic.

What To Do After Popping a Pimple

Use a cleansing treatment, such as AlumierMD® Acne Clarifying Cleanser and AlumierMD® Acne Balancing Serum, to help bring down the size and appearance of your pimple at home. Use AlumierMD® Spot Clearing Lotion to soothe the area after applying the spot treatment to help the spot heal and stop further breakouts. 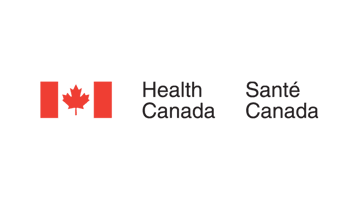 Health Canada is the department of the government of Canada with responsibility for national public... 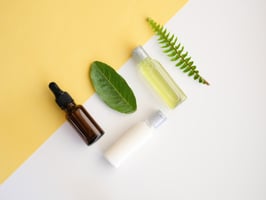 What You Should Know About Face Oils

Paulynn /GettyImages: Skincare Products Supple, plump, healthy skin is the goal, but how do we get... 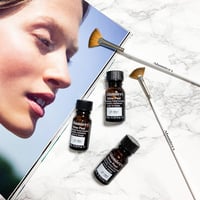 All summer long you’ve been protecting your skin from the sun’s harmful UV rays. If using...